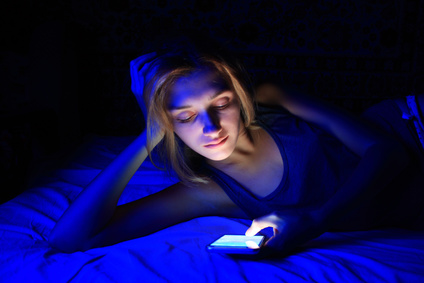 Digital devices, television screens, computer screens, tablets, laptops, cell phones, LED screens… Most of us spend more time staring at a digital screen than we realize. In fact, studies suggest that 60% of people spend more than 6 hours a day staring at some kind of digital device.

“It’s not actually the device that is the problem,” explains Leanne O’Neil, Owner of INDY Neurofeedback, “it’s the artificial blue light coming from the device.” Blue light is one of the shortest, highest-energy wavelengths (the shorter the wavelength; the higher the energy.) Because they are shorter, these blue or High Energy Visible (HEV) wavelengths flicker more easily than longer, weaker wavelengths. This kind of flickering creates a glare that can reduce visual contrast and affect sharpness and clarity.

This flickering and glaring may be one reason for the eyestrain, headaches, physical and mental fatigue caused by many hours sitting in front of a computer screen or other electronic device.

Studies suggest that, over time, exposure to the higher energy of blue light may cause serious long-term damage to your eyes — and your brain.

There’s growing medical evidence that blue light exposure may cause permanent eye damage, contribute to the destruction of the cells in the center of the retina, and play a role in causing age-related macular degeneration, which can lead to vision loss. It also negatively affects the brain.

What happens to your brain on blue light? Researchers have suggested that there is a specific neural pathway from the eyes to the brain—separate from how vision is transmitted—that ultimately causes blue light wavelengths to worsen headache pain and other symptoms. Overexposure to blue light can lead to intense headaches, a greater perception of pain and throbbing and even enhanced spreading of headache pain across the brain. Intense headaches can also include aura symptoms, photophobia and light sensitivity, dizziness/nausea, and more.

What can you do to protect yourself? Here are some ways that you can minimize the damaging effects of blue light:

At INDY Neurofeedback, we know that keeping your brain in peak condition requires attention to diet, exercise, sleep, and yes – even what your eyes do during your waking hours. Here’s to your overall health! 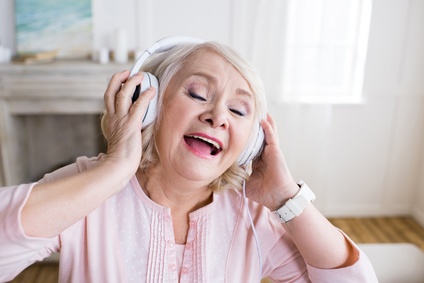 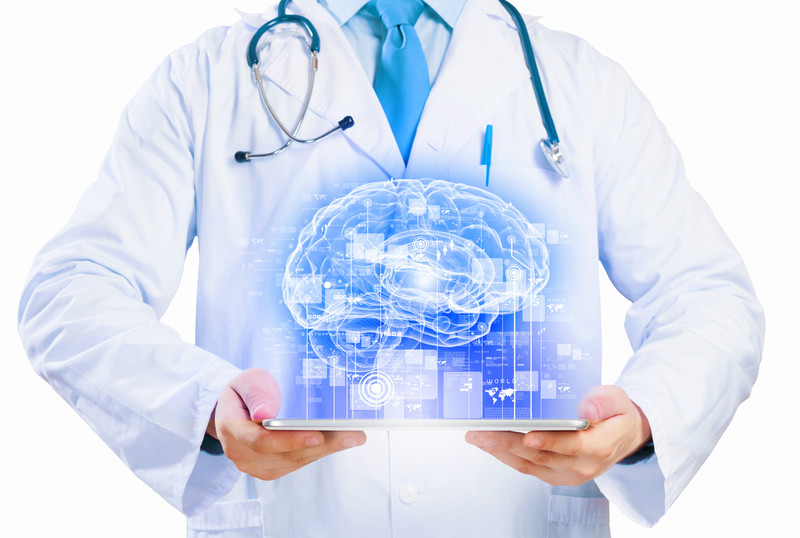 Here at INDY Neurofeedback, all clients benefit from Heart Math emWave Pro heart rate variability training. Heart Math is an internationally recognized program that has been researched for decades and successfully benefited tens of thousands of people in over 85 countries.

What the Heart Math system does is collect the rhythms of your body’s pulse and send them through specialized software that translates your heart rhythms into graphics displayed on our computer monitor. These “heart brain” displays allow you to watch in real time how thoughts and emotions affect your heart rhythms.

What Heart Math can show you is amazing. Because your heart and your brain have a continuous two-way dialogue, each influences the other’s functioning. For instance, the signals your heart sends to your brain can influence your perception, emotional processing and higher cognitive functions.

Studies conducted with over 11,500 people have shown improvements in mental and emotional well-being in just six to nine weeks using Heart Math training and technology including:

Here is a short video about that Heart Math heart-brain connection to help illustrate this fascinating program.

At INDY Neurofeedback, we use Heart Math as an important adjunct therapy to our neurofeedback therapy. With proper training in our clinic, clients using Heart Math can learn to:

Heart Math is just one of the biofeedback techniques that we utilize at INDY Neuofeedback. It is a client favorite as the benefit of this technique is usually noticed after a few sessions.

If you have a question about INDY Neurofeedback offerings such as Heart Math, give us a call or leave us a message. We are happy to help!

How often do you check your phone? 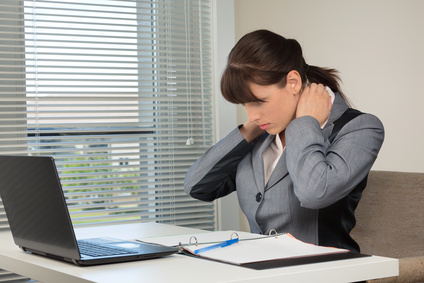 Recent surveys suggest that not only is this the first thing most of us do upon waking, but that we go on to check our phones every eight to 12 minutes throughout the day.

Assuming each distraction takes about five minutes, followed by another five minutes to get back on task, in the space of an eight-hour work day, we interrupt our brains from what we are doing for two hours of those eight. That’s a lot of distraction.

Researchers and mental health professionals are warning us that these persistent distractions have a downside; they have seriously eroded our ability to concentrate, and that’s a big problem.

A 2005 study by London’s Institute of Psychiatry found that persistent interruptions and distractions at work had a profound effect on individual productivity. And things have not improved in the 13 years since that study.

According to psychiatrist Edward Bullmore, author of The Inflamed Mind, asking our brains to switch frequently and rapidly between different activities is harmful to our overall health.

“In the short term,” Bullmore says, “we adapt well to these demands. But in the long term, the stress hormones adrenaline and cortisol create a physiological hyper-alert state that is always scanning for stimuli, provoking a sense of addiction that is temporarily assuaged by checking in.”

Our brains use adrenaline and cortisol constructively to support us through bursts of intense activity, but according to Bullmore, this backfires when it is over-used. Cortisol can knock out the calming, feel-good hormones serotonin and dopamine, adversely affecting our sleep and heart rates and making us feel stressed and jittery.

According to Leanne O’Neil of INDY Neurofeedback, you can and should break this cycle of constant interruption. “Begin with awareness about what specifically you may be doing to sabotage personal concentration, and then implement steps towards changing your behavior. This means deliberately reducing distractions and being more self-disciplined about your use of social media.”

O’Neil encourages extending brain focus and concentration by finding things to do that engage you for a specified period of time with no distractions. “With practice,” she says, “this becomes easier to accomplish. You can also extend your focus when you want to check in with your phone by adding five more minutes to anything you are engaged in. Anyone can do something for five additional minutes, plus you are re-training your brain to stay on task.”

Brain re-training is what we do at INDY Neurofeedback. The goal of neurofeedback is to transform unhealthy dysregulated brainwave imbalances into normal, healthy, organized patterns. If you are interested in finding out more about how to improve impulsivity, hyper-activity, or poor concentration skills, give us a call.