“The human brain is nothing short of amazing,” says Leanne O’Neil, owner of INDY Neurofeedback. “From speaking, pattern recognition, reading, thinking ahead, and memorizing – to breathing, walking, digesting, and organ function — all begin with the fundamental unit of the brain, the nerve cell or neuron. It really is fascinating.” 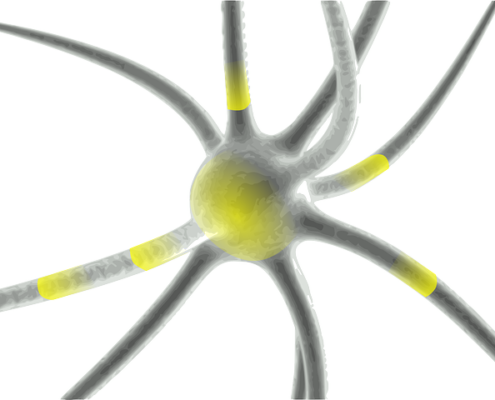 The human brain contains an estimated 90 billion neurons, each one a different size and shape. Interestingly, just one neuron can reach from one side of the brain to the other. But no matter the length or shape, each neuron links to hundreds upon hundreds of others in an amazingly complicated network.

Some of these chains of neurons send information to the brain from the body’s extremities, registering foot placement while walking or balance while climbing stairs, for instance. Others send information from the brain to the body, signaling the need to sleep, the sense of being full, or sending a complicated series of exercise instructions to the appropriate muscles of the body. Still other neuron chains share data among themselves to construct subconscious or conscious thoughts, store memories, and acknowledge emotions.

“Even the network of neurons in and of itself forges trillions of connections throughout the brain and body,” adds O’Neil. “That makes the human brain – as far as we know — the most complicated organ on the earth.”

Scientists hope to be able to map out the entire brain with all its connections. This knowledge will help us to more completely understand the distinct areas of the brain containing cells with similar structure, function and connectivity, and how and why they are connected to other areas.

We are well underway in this brain mapping process. Neuroscientists have already charted an equivalent map of the brain’s outermost layer, called the cerebral cortex. They have been able to subdivide each hemisphere’s folds into 180 separate parcels. Some ninety-seven of these areas have never previously been described, despite showing clear differences in structure, function and connectivity from their neuron neighbors.

“The brain mapping we do at INDY Neurofeedback is different, but just as fascinating,” says O’Neil. “It relies on information from a Quantitative EEG. Our software performs thousands of statistical calculations correlating the functions of brain location with the functions of each dimension of each component band. The software then takes these calculations and correlates them with the 50k normal and abnormal brain maps in the database. The items chosen for analysis are derived from functional MRI research and traditional neurological texts. It is amazing how much we can know about areas of the brain.”

If you have a question or a concern about brain function, let’s talk, neurons to neurons!