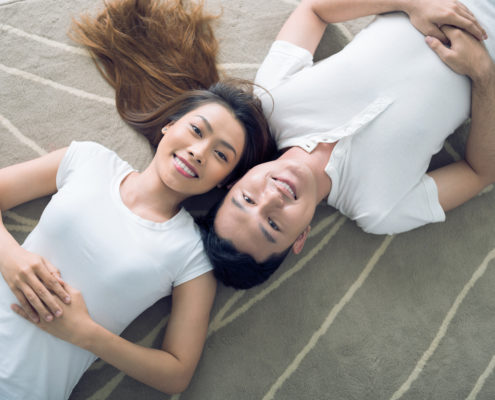 Quite a few people think so.

In the not so distant past, medical professionals reasoned that since men had larger brains (5 ounces, on average) than women, they were better able to reason, think and process. Men were also said to be more proficient at certain types of thinking – such as strategy, logical thinking and math.

But the truth is, male and female brains work extremely similarly. Regardless of gender, the bigger a person is, the bigger the brain will be. It is body size – not male or female genes or brain structure — that determines brain size. In addition, there is no evidence to suggest that bigger brains are ‘better and more able’ brains.

That said, it took MRIs (magnetic resonance imaging brain scans) to reveal that that human brains are capable of growing, changing and modifying in all kinds of varying ways, regardless of the gender of the owner.

In a 2015 study at Tel Aviv University, for example, the brains of more than 100 brain structures in over 1400 brain scans and found that it was impossible to define female-typical and male-typical brains.

Our brains, it turns out, tell the tales of the lives we have lived and the experiences we have had. Education, occupations, health, nutrition, sports, and habits like drinking and smoking – all play their part. The way we work, think and perform tasks reflects all of these things. So for instance, the hippocampus of a 20-year New York City taxi veteran will be larger and more complex than an occasional weekend Uber driver.

So where did male/female brain stereotypes come from?

The short answer is society protocols and expectations. Society traditionally allocated certain life-roles and career choices (and gender ‘appropriate’ toys, games and behavior) to men and women which emphasized differing skills and opportunities. This, in turn, shaped brain strengths and neural pathways.

Time to discard the outdated concept of male and females are better or worse at doing and being. Every one of us has a truly amazing, absolutely original brain.

To learn the specifics about your unique brain, schedule a non-invasive mapping with us.