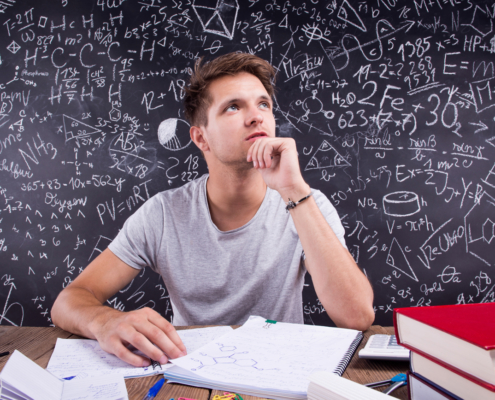 Would you have trouble memorizing and repeating back ten un-related words? How easily do you absorb driving directions before using them?

Learning something intentionally is called explicit learning, such as the list of instructions and words mentioned above. However implicit learning – learning that is naturally absorbed and not intentional — is something brain researchers are very interested in learning more about.

Implicit learning is recognized as a core learning system that underlies our learning of language, music, navigating our environments, and much more. It’s been assumed that implicit learning is something we are born with, a strategy for basic, rudimentary learning. A good example is grammar. Although a six-year-old cannot explain the rules of grammar, s/he will know how to use basic grammar to communicate. The learning of language rules is an unconscious learning of abstract knowledge, even though it is absolutely learned information.

In a new study from the University of Wisconsin-Madison, 64 healthy young adults were given four types of tasks that required implicit learning, including:

One week after these tasks, the same participants returned to complete an IQ test as well as different versions of each of their former tasks. They were tested on their working memory as well as their “explicit” learning (deliberately memorizing a list of words).

For three of the four implicit learning tasks, the researchers found a “medium” level relationship between a participant’s initial performance and how well they did a week later. This suggests stability in implicit learning ability.

The team also found that how well a participant performed at implicit learning bore no relation to their IQ or working memory results. It seemed to be driven by independent neural processes rather than those that explained explicit learning — which is linked to IQ.Their findings tended to reinforce earlier work which tied explicit and implicit learning to different brain regions and networks.

Leanne O’Neil, owner of INDY Neurofeedback, weighs in. “The hippocampus is the part of the brain responsible for explicit — but not implicit learning. Researchers have found that damage to the basal ganglia and cerebellum sections of the brain impair implicit, but not explicit, learning. Each area of our brain is responsible for different systems, functions and behavior.”

These findings also suggest that someone might feasibly be smart, as measured by an IQ test, but not particularly adept at implicit learning – perhaps slower than someone else with a significantly lower IQ score. A good example of this is the ability to identify a barely discernible tumor in a medical scan, which would require implicit learning strength.

“Our brains are incredibly diverse and complicated. It will be fascinating to learn about the results of follow-up research in this field,” says O’Neil.

If you are concerned about your recall or short-term memory, INDY Neurofeedback has drug-free, non-invasive training plans that can help you improve memory and brain function. Your first consultation is free.