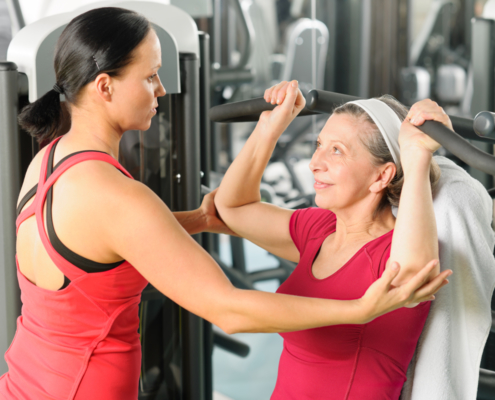 It’s fairly well known that research studies are finding that regular exercise absolutely benefits the brain, especially as we age. What we are still trying to determine is precisely how exercise helps counter the cognitive decline that comes with aging.

The research team is trying to relate which biological processes change with exercise. In one study, these at-risk ‘middle agers’ were divided in two groups, those not physically active and those that were. All had their brains scanned to track Alzheimer’s-related brain changes including differences in how neurons metabolized glucose, since people with Alzheimer’s disease tend to break down glucose more slowly. At the end of the study period, the group that exercised more showed higher levels of glucose metabolism and performed better on cognitive-function tests compared to those who did not.

In previous work, the Wisconsin researchers identified a series of Alzheimer’s-related biological changes that seemed to be affected by exercise by comparing people who were more physically active to those who were not. In this study, they showed that intervening with an exercise regimen could actually affect these processes.

Collectively, this body of research is determining how physical activity contributes to significant changes in the biological processes in the brain that drive Alzheimer’s, and may even reduce the effect of strong risk factors such as age and genes linked to higher risk of neurodegenerative disease.

So what does this study mean to you? Brain scans of people who reported exercising at moderate intensity for at least 150 minutes a week, showed that age-related changes to the brain were significantly reduced over those who sporadically exercised or did not at all. The benefits of exercise in controlling Alzheimer’s processes was even stronger among those with genetic predisposition for the disease.

What about those that exercise even more? Studies show that people with higher aerobic fitness levels showed low amounts of white matter hyperintensities, which are signs of neuron degeneration. These show up as brighter spots on MRI images, hence the name. White matter hyperintensities tend to increase in the brain with age, and are more common in people with dementia or cognitive impairment.

So, exercise matters. A lot. This is confirmed by the National Institutes of Health. Exercise for your body’s fitness and your brain’s. It all contributes to aging gracefully and keeping your cognitive abilities going strong. If you are interested in knowing more about your brain, call INDY Neurofeedback to schedule a brain mapping.