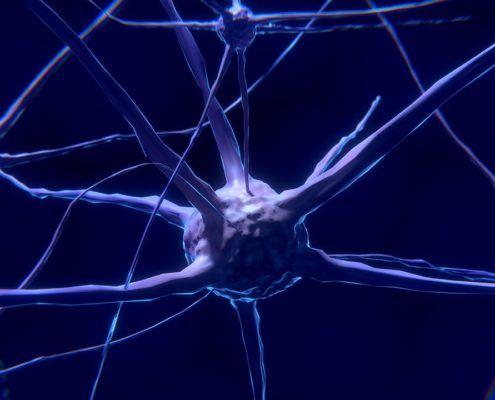 You may be chalking up those small moments of occasional forgetfulness to getting older. That’s because for years we’ve been hearing that the older we get, the more brain cells or neurons, we lose.

But according to Christopher Jarrett, author of Great Myths of the Brain (2014), that is a common myth and just not true. Jarrett points to mid-twentieth century studies, which suggested that adults lose approximately one percent of their brain cells every year throughout adulthood. Alarmingly, this meant that older adults would lose between 35% and 55% of their total brain neurons depending on how long they lived.

More thorough recent studies, however, found that many early theories about the brain came from animal studies and ‘best guess’ theories. Now that we can actually see into the brain with 3-D imaging and other techniques, research is much more accurate.

We now know that while aging brains do get a little smaller, they retain most of their neurons, which just become more densely packed, according to Jarrett.

Here’s what is true about aging and your brain:

“That’s why everything you do to keep your brain challenged, nourished, exercised and rested is so important,” says Leanne O’Neil of INDY Neurofeedback. “Taking excellent care of your brain will increase your brain density, which will help ensure that your brain and memory will keep working well for you right into your 80s, 90s and beyond.”

INDY Neurofeedback can help keep your brain in optimal working order with peak performance training. We can assess your current brain functioning with a non-invasive brain mapping and provide neurofeedback to support your specific needs. We also provide Cognitive Performance Testing that you perform in the privacy of your home at the times that best suit you. We look forward to working with you at our neurofeedback center.