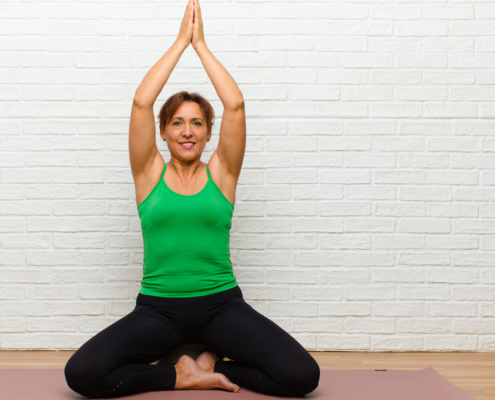 Yoga in all its forms has proven its benefits across multiple generations and continents. Interestingly, modern science is now confirming its usefulness for improved mental and physical health and even brain fitness.

Indeed, yoga has been shown to support healthy brain function and stave off neurological decline. That’s particularly good news for those with limited mobility or early onset dementia, as some form of yoga (such as chair yoga, water yoga, yoga for the blind, and gentle yoga) is accessible for a wide majority of people, regardless of age or fitness.

Here are yoga’s effects on the human brain:

Interestingly, these beneficial brain changes appear to occur fairly rapidly when yoga is done at least once (one hour session) per week.

Other ways yoga has proven benefits for your brain

“It appears that the unique combination of physical movement and deep breath work of yoga offers these healthy brain benefits,” sums up Leanne O’Neil, owner of INDY Neurofeedback.

The evidence is clear. Regardless of your age or physical agility, consider finding a yoga class that you can do on a regular basis.