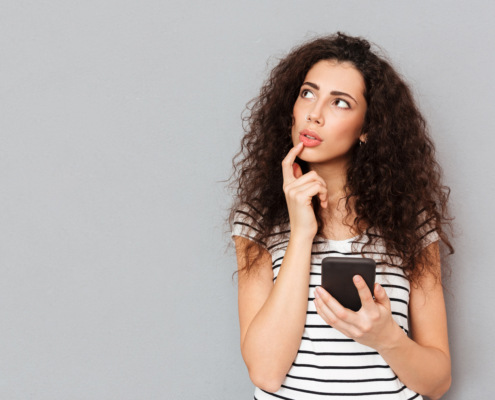 We have all experienced that maddening “tip-of-the-tongue” state where we are desperately trying to recall a name or phrase but can’t quite get it to come to mind. “Brain researchers wonder about what is happening when this occurs, too,” says INDY Neurofeedback owner Leanne O’Neil, “and what they are finding is fascinating.”

“In fact a group of psycholinguist researchers decided to study this common phenomena. A new study published in the  Memory & Cognition journal has found that when people experience this state, the phenomenon can exert a surprising influence on completely unrelated behavior – risk-taking.”

Here’s what they found:  Interestingly, when study subjects are unable to recall a word but feel like they are on the verge of remembering it, they are more likely to report that that word they are searching for is positive, or that the forgotten name belongs to an ethical person.

Why might this be? Researchers speculate that compared to a complete inability to recall a word, having it just out of mind’s reach might provide an encouraging feeling that you have relevant knowledge, even if you can’t quite bring it to mind. So, those individuals may infer from those feelings that the word itself has positive qualities.

How does this lead to risk-taking? If subjects have a positive association with an idea, could that bias influence other decisions completely unrelated to the word retrieval behavior?

To investigate this possibility, researchers at Colorado State University conducted a series of studies on how the so-called Tip-of-the-Tongue Phenomenon related to risk-taking decisions: specifically, whether or not they chose to gamble.

What does this mean about emotions related to how we retrieve information? Researchers think that Tip-of-the-Tongue moments are experienced as “a partial form of retrieval success”, which is internalized as “more positive than no success at all.”

“In other words,” summarizes O’Neil, “Temporary positive experiences seem to affect our immediate future behavior in ways that we might not realize, providing very interesting food for thought.”

How to tame inflammation – the cause of so many health issues

This is Your Brain… on Love.
Scroll to top