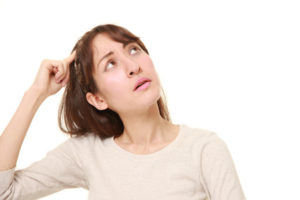 Do you remember watching the video of that first passenger plane crashing into the World Trade Tower over and over again the day of September 11th, 2001? Most of us think that’s what we saw as we learned of the attacks. But most of us have remembered this incorrectly.

Because we saw that footage hundreds of times, it’s what we associate with that day. But the fact is, we did not actually see that plane crash footage until more than 24 hours after the attack occurred because it wasn’t released to the public until the afternoon of September 12th.

So if our memories cannot actually be completely trusted, what’s going on here? Quite a lot, actually.

It turns out that scientists have long known that recording a memory takes more than filing away a thought. Recording a memory requires adjusting the connections between our neurons – and we have a lot of those – 100 billion neurons in all. Each and every one of our memories adjusts a tiny subset of the neurons in the brain, changing the way they communicate.

Then those changed neurons need to send messages to one another across narrow gaps called synapses. A synapse is much like a busy mail center, complete with machinery for sending and receiving letters — our neurotransmitters — specialized chemicals that convey signals between neurons

Eric Kandel is a 2000 Nobel laureate neuroscientist at Columbia University in New York City who has done five decades of groundbreaking memory research. Kandel has shown how short-term memories—those lasting a few minutes—involve relatively quick and simple chemical changes to the synapse that make it work more efficiently. He proved that to build a memory that lasts hours, days or years, neurons must manufacture new proteins and expand the associations between other neurons to make the neurotransmitter memory stick and be retrievable.

Long-term memories must literally be cemented into the brain’s synapses with many, many neuro associations over time. Kandel calls this long term memory “consolidation.”

We tend to think that our memory system works something like a journal entry. Before the ink dries, it’s possible to smudge what’s written. But after the memory is written down (consolidated), it changes very little. Yes, memories tend to fade over the years, but under ordinary circumstances the content stays the same. But Kandel’s research challenges these assumptions.

Kandel found that a memory could be weakened by any sort of trauma. In animal testing, if an electric shock or a drug that interferes with a particular neurotransmitter was administered just after a lab rat was prompted to recall a memory (lab maze), the memory (the maze run) became disjointed. This suggested that memories were vulnerable to disruption even after they had been consolidated.

He also proved that memories are not consolidated just once, when they are first created. Instead, they need to be at least partially rebuilt every time they are recalled. That means that recollections can be swayed by intense emotions, misleading information, hearing another version of the same story, trauma, and many other brain interruptions. Kandel’s experiments and other scientists research suggested that memory can easily be distorted without people realizing it.

People do tend to have accurate memories for the basic facts of a momentous event, for example, that a two planes were careened into the World Trade Towers. But we quite often misremember smaller details around the momentous ones. In this example, television and other media coverage reinforce the central facts. But recalling personal memory experience allows distortions to creep in. Our memories become malleable, with whatever is present around you interfering with the original content of the memory.

“This may be a big part of the reason why,” suggests Leanne O’Neil of INDY Neurofeedback, “that family members witnessing the same family event, often remember it very differently. It’s also why those dealing with traumatic stress around a memory may have trouble remembering details. Strong emotions can absolutely affect or change the way our memories work.”

My experience with brain mapping at INDY Neurofeedback