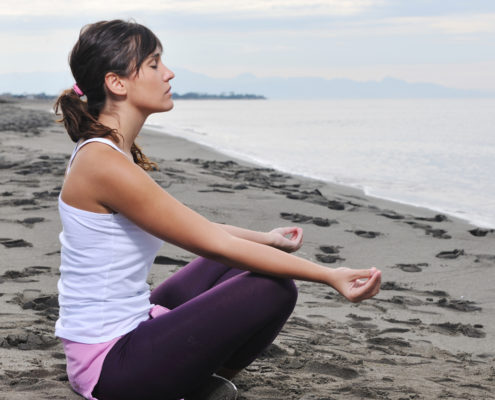 Did you know that the rhythm of your breathing influences brain activity such as memory recall and emotional judgment?

In an interesting new study by Northwestern University School of Medicine, scientists have discovered that the rhythm of breathing creates electrical activity in the human brain that actually enhances emotional judgments and memory recall.

Specifically, these effects on behavior depend on whether you inhale or exhale — and whether you breathe through your nose or your mouth.

Here’s how the study worked:

This study suggests that there is a dramatic difference in brain activity in the amygdala and hippocampus during inhalation, but not during exhalation. When you inhale through your nose, scientists found, you are stimulating neurons in the olfactory cortex, amygdala, hippocampus, and across the complete limbic system.

“Since the amygdala is strongly linked to emotional processing—especially fear-related emotions,” says Leanne O’Neil, owner of INDY Neurofeedback, “this new finding is fascinating. We all have experienced the faster pace of our own breathing when we are startled or scared.”

When faces were encountered during inhalation, subjects recognized them as fearful more quickly than when faces were encountered during exhalation. This was not true for faces expressing surprise. These effects diminished when subjects performed the same task while breathing through their mouths. Thus the effect was specific to fearful stimuli during nasal breathing only.

“If you are in a panic state, your breathing rhythm becomes faster,” O’Neil summarizes. “That said, you’ll spend more time inhaling when you are in a calmer state of mind. These findings suggest that rapid breathing may provide an innate advantage when we find ourselves in a dangerous situation.”

At INDY Neurofeedback, our clients are trained on proper breathing using the HeartMath emWave Pro system. We are fascinated about how our amazing brain works! If you have a question about brain health and brain behavior, let’s talk.

Can Aromatherapy Help With Brain Health?