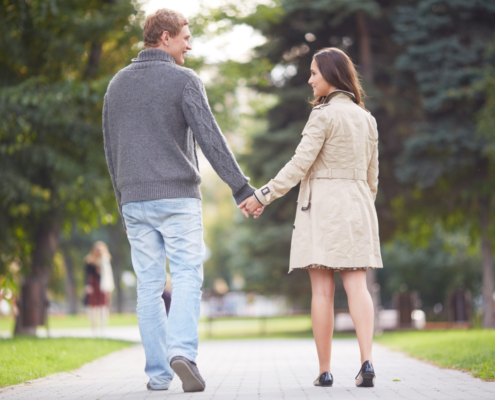 According to a fascinating recent Harvard University Psychology department study, people who walked backward, imagined they were walking backward, or watched a video simulating backward motion, had better short-term recall than those who walked forward or sat still. Finding out why is another matter entirely.

According to Harvard Psychology Professor Dr. Daniel Schacter, “It’s possible that people associate going backward with the past and this somehow triggers a memory response. We know it can’t have anything to do with how they’ve encoded the information, (as the subjects) weren’t walking backward when they stored the memories tested in this study.”

Here’s how the study worked:

Researchers found that people who walked backwards were significantly more likely to answer the 20 questions correctly immediately after walking backwards, than those who did not. This surprising result was true regardless of how old the participants were. On average, the boost in memory lasted for about 10 minutes after people stopped moving.

“Although more research needs to be made,” says Leanne O’Neil,  “the preliminary findings suggest that motion strategy might be a relatively simple technique to use to help people better recall past events.”

Psychologists know that a method called cognitive interviewing helps people recall details of a recent event by metaphorically walking a person through an event forward and backward. So it’s possible that literally walking backward may mimic something similar in the brain.

The Harvard study authors are looking at more studies to determine whether this and other motion-based memory aids can help elderly adults or people with dementia.

So, can walking backward help boost your short-term memory?

Lots of studies have shown memorizing lists, facts, or something specific such as memorizing a part in a play can be improved if the individual doing the memorization is walking while committing the details to mind. That may be one way to start working to boost memory.

Walking backward while memorizing would have to be done safely – perhaps while walking in a pool. It might be worth trying, suggests Leanne O’Neil.

If you are worried about your recall or short-term memory, INDY Neurofeedback has non-invasive tools to help you improve memory and brain function.

How We Breathe Influences Brain Functions And Behavior